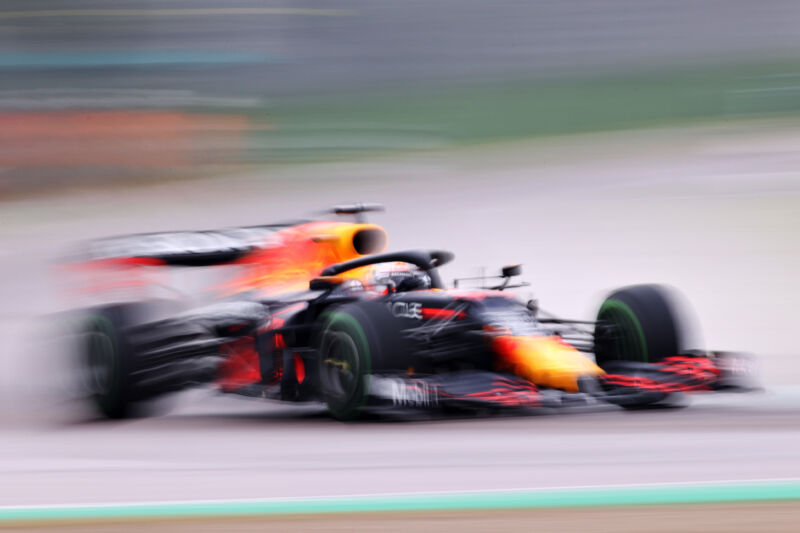 Enlarge / Red Bull is assuming control of its own engine development next year once Honda leaves the sport. But could we see Porsche badges on the cars before too long? The rumors won’t stop swirling. (credit: Lars Baron/Getty Images)

Even though we’re only two races in, this year’s Formula 1 season is already shaping up to be the most competitive in years. Thanks to the resurgent Red Bull Racing, Mercedes-AMG has a real fight on its hands for the first time since the introduction of hybrid powertrains in 2014.

Red Bull is in the final year of a partnership with Honda, and the Japanese OEM has pulled out all the stops in an effort to leave the sport with a little glory. Starting next year, Red Bull will take over the engine program from Honda, developing its own engines à la Mercedes-AMG, Ferrari, and Alpine. But could we see the energy-drink team partner with Porsche?

Rumors that Volkswagen Group is going to enter F1, either through its Porsche or Audi brands, are almost ever-present in the sport. Both Porsche and Audi scaled back their factory racing efforts as a result of dieselgate and then the pandemic, although both companies are planning to return to endurance racing at Le Mans and here in the US by 2023.

Tobias Harris Didn’t Change His Game. The Sixers Changed Around Him.

Need your quarterback of the future? The 2021 NFL Draft is here to help