Allegations that a Texas lobbyist drugged a legislative aide shook the state Capitol on Monday, leading to some lawmakers restricting access to their offices as both law enforcement and a major lobbying firm said they were investigating.

Republican Dade Phelan, the speaker of the Texas House of Representatives, said in a rare speech from the floor of the chamber that the allegations surround a meeting that took place outside the Capitol “in recent weeks” and that the staffer who made the allegations had reported the incident to law enforcement.

The Texas Department of Public Safety is now investigating, agency spokesman Travis Considine said, but he would not provide more details. 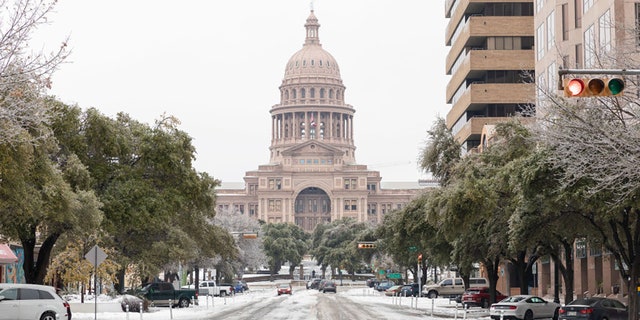 “I am disgusted this sort of predatory behavior is still taking place in and around our Capitol,” Phelan said. He told the 149 other House members that they all must work toward “changing the culture of this building.”

It was the first time lawmakers were back at the Capitol since the allegations were first published over the weekend by the Austin American-Statesman. One of Texas’ most influential lobbying firms, HillCo Partners, announced it had hired outside counsel and a former law enforcement official to conduct an internal investigation.

Bill Miller, one of the founders of HillCo, said Monday the firm took those steps after “we got a tip that we had a person of interest in our firm.” He said the firm had not been contacted by law enforcement.

“The reported incident is abhorrent and, once investigated and found to be accurate, should be dealt with in the strongest legal manner possible,” HillCo said in a statement.

TEXAS RANCHER SAYS SMUGGLERS DAMAGING PROPERTY: ‘THINGS ARE WORSE THAN EVER’ AT BORDER

The report quickly put a new focus on the treatment of women and staffers at the Texas Capitol, where three years ago lawmakers revised sexual harassment policies in both the House and Senate as the #MeToo movement spread to statehouses around the country. On Monday, Phelan called for changing the required in-person sexual harassment prevention training for House members and staff, which he said would be more effective than the virtual training currently offered.

State Rep. Shelby Slawson, a Republican, was among a handful of lawmakers who said they would close their offices to lobbyists while the investigation was underway.

“Abhorrent. No excuses. Press ALL the charges,” Slawson tweeted.