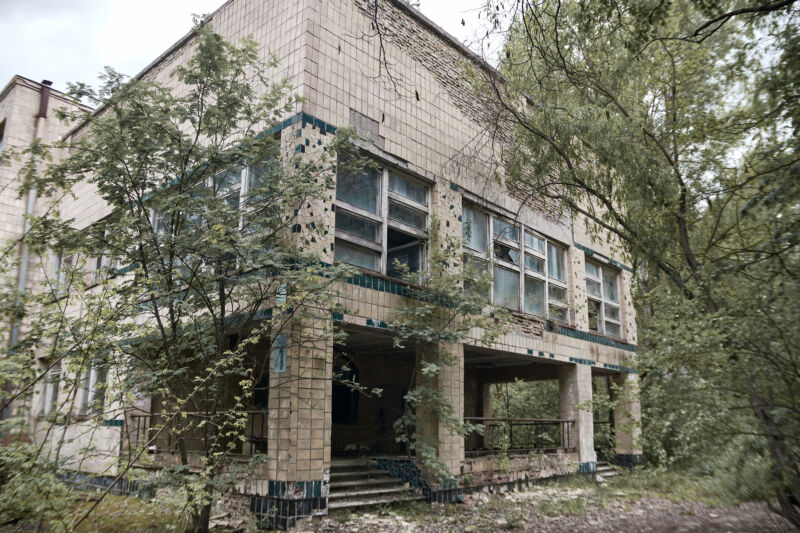 Enlarge / Trees grow near a former hospital in a town abandoned due to the Chernobyl disaster. (credit: Canvan Images / Getty Images)

Chernobyl is generally recognized as the worst nuclear accident on record, directly killing 31 people and causing widespread contamination in Eurasia. It’s estimated that thousands of people will eventually die earlier than they would have due to the cancers caused by their exposure.

Now, international teams of researchers have looked at the genetic damage that’s the legacy of Chernobyl exposures. One group looked at the genetic changes found in thyroid tumors that have been linked to exposure to the radioactive iodine spewed out during the disaster. And another team looked at the children of people assigned to the Chernobyl cleanup and found that the damage seems to be limited to those exposed rather than being passed down.

Radiation causes long-term problems because it can cause damage to our DNA. The precise nature of the damage, however, is complicated. The radiation can damage individual bases of DNA, leading to minor mutations. But it can also make breaks in both of the strands of DNA’s double helix (which biologists creatively call “double-stranded breaks”).