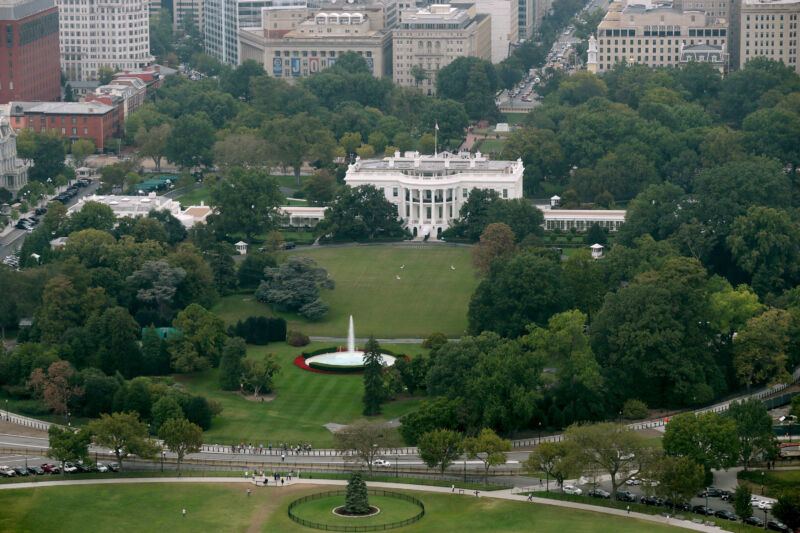 Enlarge / The White House, the South Lawn, and part of the Ellipse are seen from the observation deck of the Washington Monument on October 1, 2014, in Washington, DC. (credit: Getty | Chip Somodevilla )

At least two US government officials have experienced mysterious health incidents in the Washington, DC, area that are strikingly similar to the brain-damaging “health attacks” that plagued US diplomats in Cuba beginning in 2016.

Last November, a National Security Council official reported being sickened while near the Ellipse, the White House’s large, oval-shaped southern lawn ,according to a report by CNN. In a separate 2019 incident, a White House staff member said she also experienced something akin to a health attack while walking her dog in Arlington, Virginia, a suburb of Washington, DC. The 2019 incident, which occurred just after Thanksgiving, was first reported by GQ last year. The magazine wrote at the time:

According to a government source familiar with the incident, the staffer passed a parked van. A man got out and walked past her. Her dog started seizing up. Then she felt it too: a high-pitched ringing in her ears, an intense headache, and a tingling on the side of her face.

The staffer also said she had experienced a similar incident just a few months earlier, in August of 2019, while she was traveling in London with then-National Security Adviser John Bolton. According to GQ, the staffer reported again feeling a tingling in the side of her head, which was facing the window of her hotel room, as well as intense pressure and ringing in her ears. All of those symptoms stopped when she left the room.

Source: Mysterious health attack like those seen in Cuba have come to DC