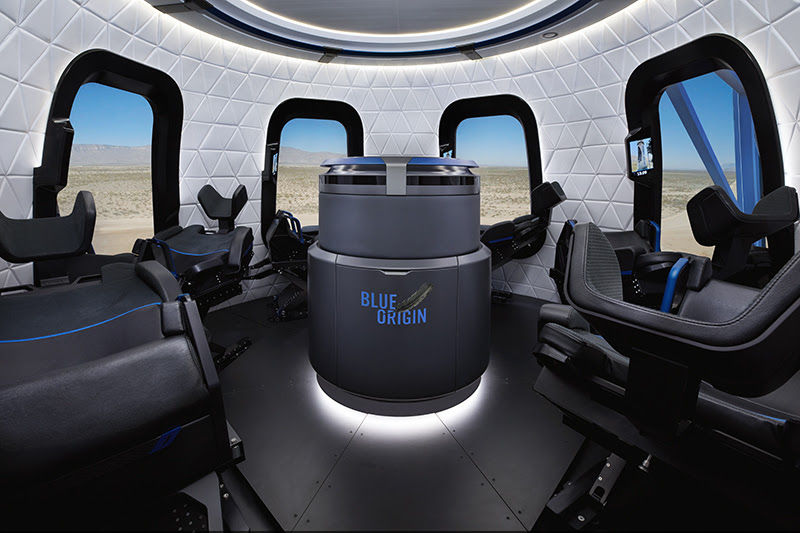 On Wednesday, Blue Origin officially announced that its first crewed flight to space is targeted for July 20, suggesting that its extended period of test flights is finally coming to an end. Rather than simply placing a seat on sale, however, the company announced it will auction one off, with the proceeds going to the company’s charity.

New Shepard flights will take passengers above much of the atmosphere and into space, then allow them an extended period of apparent weightlessness as the capsule free-falls back to Earth. The capsule itself is relatively spacious and is equipped with large windows and cushy-looking seats, which are clearly meant to make flight a pleasant experience. The free fall is followed by a parachute-assisted landing, with the booster performing a powered landing separately.

If that sounds like a compelling experience to you, your first chance to get in on it is via an auction for a single seat on its first crewed flight. You can get the process started now by submitting a bid at the Blue Origin website. On May 19, the highest bids will be unsealed, and any further online bidding will have to exceed an existing bid. On June 12, the auction will wrap up with live online bidding.